As the longest continuously operated Wilton carpet mill in the United States, Langhorne has had many years of successes and struggles. Langhorne is a family run business that has had to continuously prove its worth for 85 years. However, after 85 years in its red brick mill, Langhorne’s direction and goals are still clear and in reach. Making its carpets is a labor of love and this fact shines through in all of Langhorne’s work. 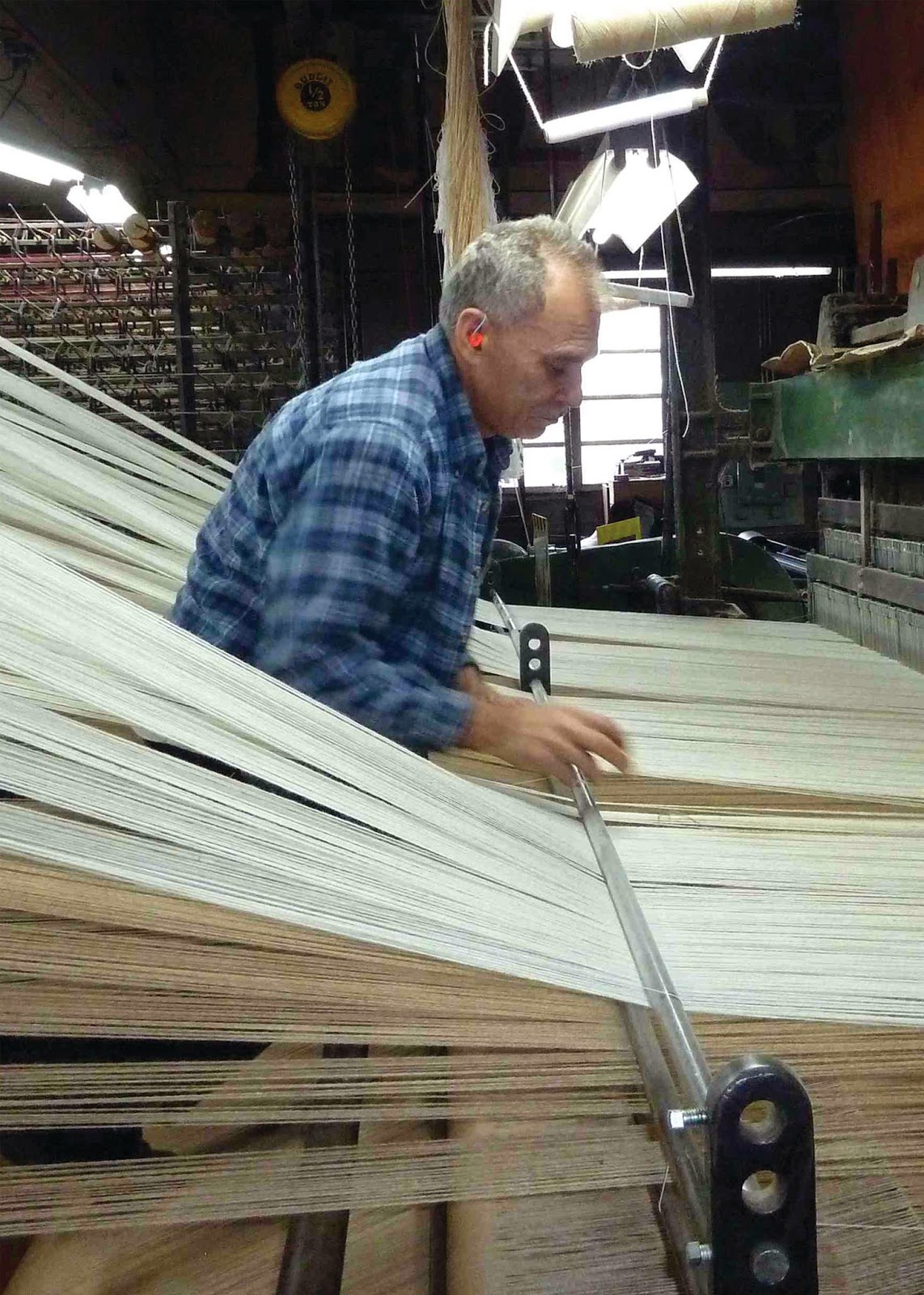 Because of Langhorne’s dedication and skill, it has had its fair share of noteworthy customers and important tasks. Its ability to reproduce the most complex of designs is unmatched and widely admired. Langhorne has created carpets with designs ranging from simple patterns to family crests to historic reproductions. For example, Langhorne has made reproductions of historic carpets for the Frederick Douglass house in Washington, the Congress Hall of Philadelphia, and the Rutherford B. Hayes home in Fremont, Ohio.

However, behind the extravagance of Langhorne’s carpets and customers lies a rather humble story. The Wilton carpet mill was born when Henry Ford sold some unused looms to the great-grandfather of Langhorne’s current president, Bill Morrow. Even now, Langhorne buys a lot of its machinery from other companies that have closed down. But although the equipment is old, it produces wonderful carpets. Langhorne only uses wool of the highest quality, imported from Britain and New Zealand. Furthermore, the craftsmanship of Langhorne’s specially trained employees is unparalleled and these factors combine to produce superior carpets.

Even though Langhorne is known for its history and traditional way of doing things, Langhorne has learned the importance of adapting and growing. In a world where most carpets are made of synthetic material and are mass-produced, it can be hard for mills like Langhorne to remain in business. However, Langhorne constantly makes the effort to be flexible and learn new things and has seen great successful. For example, Langhorne in recent years figured out how to die Kanecaron, a fake fur produced in Japan, for one its projects. Langhorne is proud to keep its traditions, but it is also proud to learn and grow.