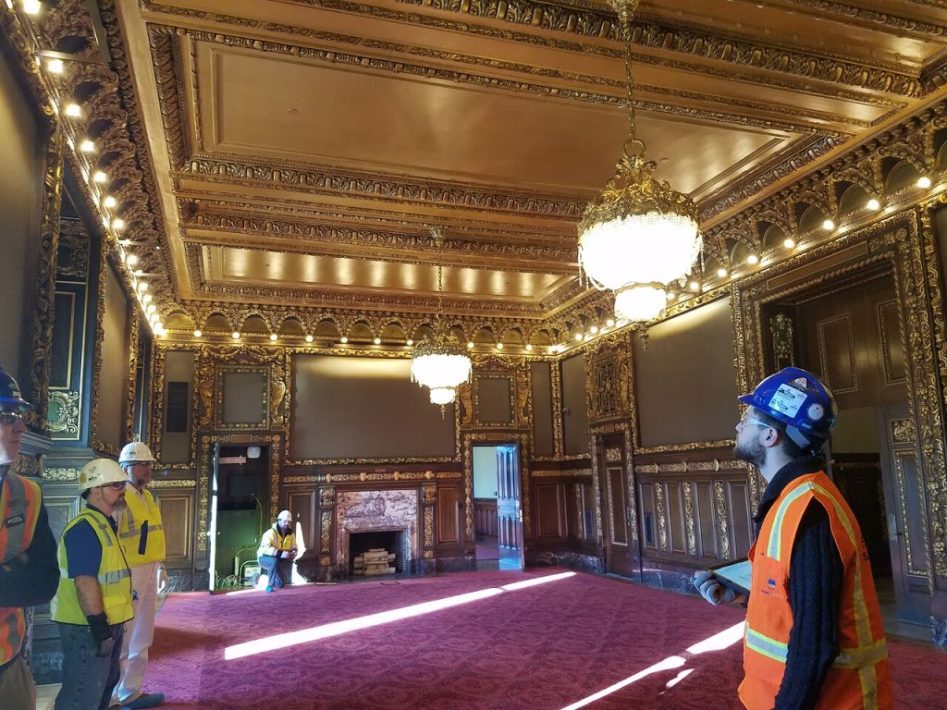 It’s not at all unusual for Langhorne to be involved in major historic restoration projects. As a circa 1930 business—and one of two remaining Wilton Jacquard mills in the U.S.—our mill and team are simply able to design and weave floor traditional wool coverings in ways other manufacturers cannot. But what is unusual is for us to be a part of something as big as the Minnesota State Capitol Restoration Project. The multi-year, $309.674 million undertaking has restored one of the country’s grandest state houses to its turn-of-the-century glory—modernizing while burnishing, leaving history unscathed. We were honored to accept the job of re-creating a carpet for the elegant and gilded Governor’s Reception Room, a space the state’s highest official uses for speeches and formal gatherings. 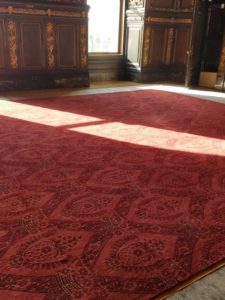 With a gentle suggestion from our Philadelphia friend Gail Winkler—who, with partner Roger W. Moss, quite literally wrote the book on restoring 19th Century American buildings—Minneapolis-based HGA Architects and Engineers found us to create the carpet. HGA wanted an American mill with expertise in historic reproduction, said senior associate and project architect Kimberly Sandbulte, “Langhorne was called out as being the best, if not the only, American mill that could produce a product similar to the original carpet.”

That was in 2002. In 2017, the state house reopened for business. Sandbulte and her team predict the restoration will endure heartily into the next century. We tend to agree.