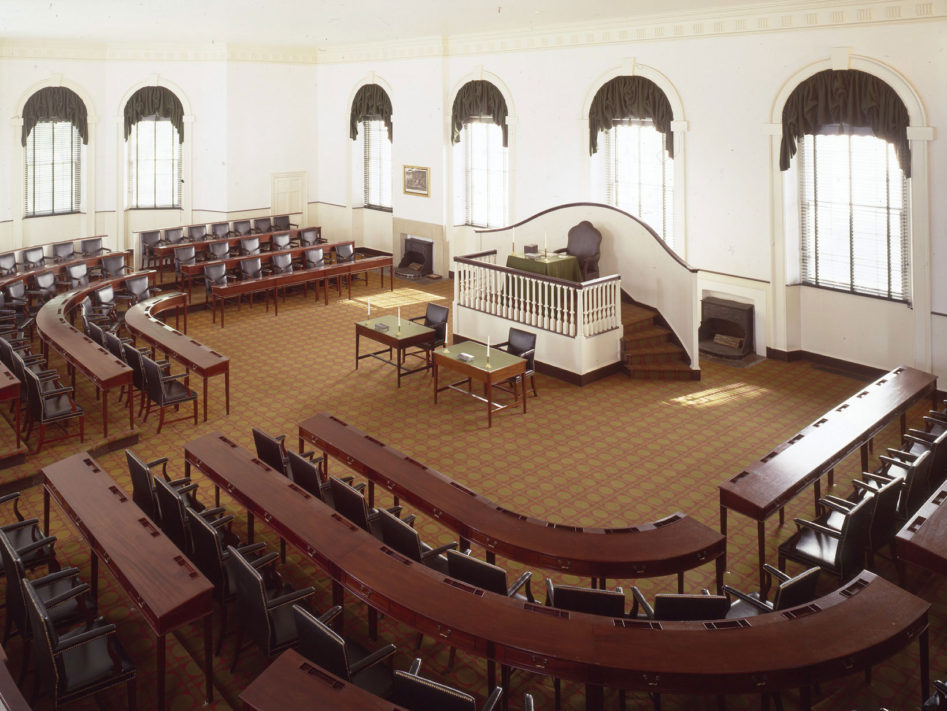 Philadelphia’s Congress Hall, the 18th-century brick capitol building that housed the first United States Congress, has once again chosen Langhorne Carpet Company to weave the elegant carpet for its main floor. In the video below, Langhorne Carpet president Bill Morrow and Karie Diethorn, Chief Curator of the Independence National Historical Park in Philadelphia, PA, discuss the historic reproduction of the Congress Hall carpet.

“The Langhorne Carpet family is so proud the National Park Service has, once again, chosen us to reproduce the floor covering that backdrops this vital piece of U.S. history,” said Langhorne co-owner Bill Morrow.  This is the second time Langhorne, one of two working Wilton Jacquard mills in the U.S, will do the job for one of the most-visited sites in Philadelphia’s Independence National Historical Park.

The Hall’s smaller upper floor—or upper chamber—housed the U.S. Senate. The Hall’s larger main floor served as the U.S. House of Representatives. Both floors are open to the public. But only the main floor has carpeting visitors walk on—over and over. “As part of Independence National Historical Park. 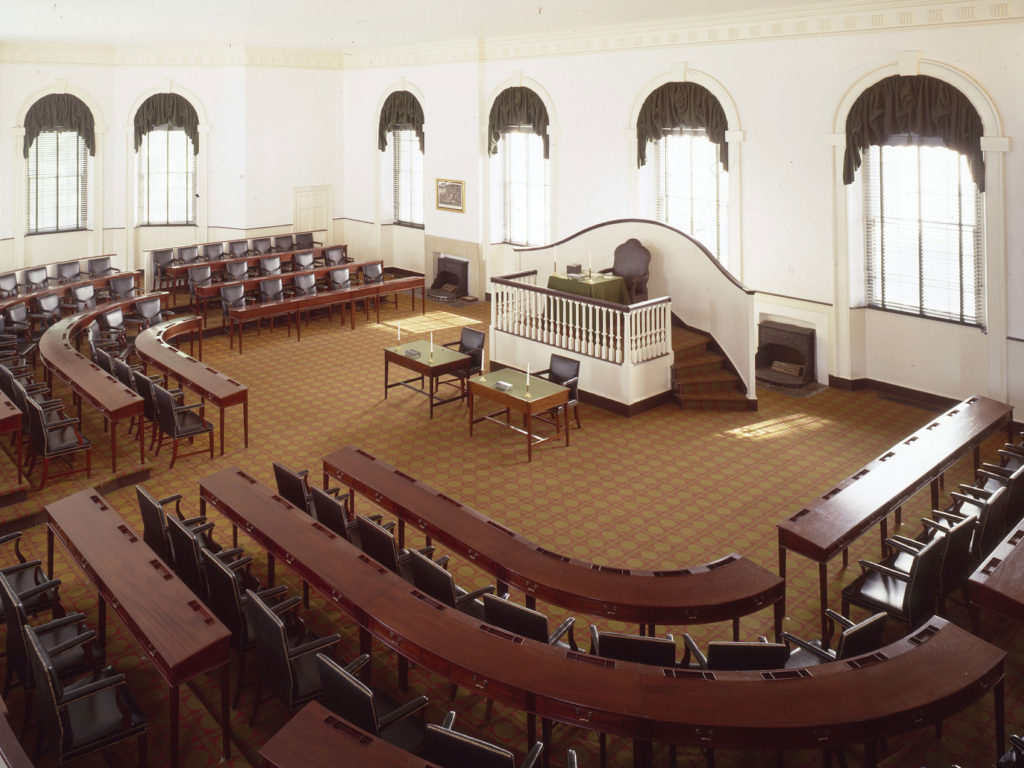 Using these historical clues, Langhorne designed and wove its first carpet for Congress Hall in the 1970s and its second in the 1990s. Now, for the third time, the mill is weaving an eight-color, worsted wool Moresque yarn on a five-frame loom.

The carpet will bear the Hall’s classic geometric pattern—a red background with a grid of golden dots—that will greet millions more park visitors in the coming decades.